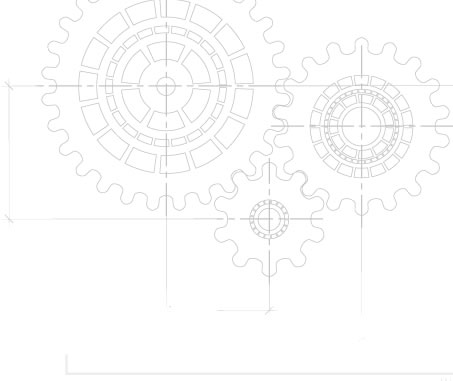 In 2008, Jewish General Hospital laundry processed 2.6 million kilograms of soiled linen annually and was planning to modernize its laundry operation by the installation of a tunnel washer and new drying equipment. The objectives of the modernization project were to increase to washing capacity by 40 per cent, lower the labor cost and reduce water and steam consumption.

This engineering mandate included the preparation of drawings and performance specifications for public tender for the new laundry equipment. The equipment consists of a new tunnel washer integrated with a press, dryers and a control system for the complete automation of the washing line.

The project also included the preparation of layout drawings for the new equipment in the existing space and detailed engineering for the complete project. Detailed engineering included demolition drawings, drawings and specifications for mechanical, electrical and civil engineering, administrative management and supervision of the project. This major project provided the Jewish General Hospital with a modern state of the art laundry which permitted the elimination of labor and a minimisation of water and natural gas consumption.

The Jewish General Hospital used a steam autoclave for the sterilisation of biomedical waste. Since the equipment was outdated Hospital management mandated FINTEX to produce a feasibility study for the replacement of the sterilization equipment. The objective of the study was to evaluate several technologies available for the sterilisation of medical waste (ozone, microwave, plasma, etc.), evaluate actual sterilization cost, equipment and installation cost of the different technologies and the feasibility of installing the new equipment in the available space. The mandate included the preparation of purchase specifications for the selected technology.

The objective of this project was to replace the existing BFP at the Pavilion B domestic water entrance and on the fire protection system with in accordance with CAN/CSA B64.10-07 Standard. The mandate consisted in surveying the domestic and fire protection piping associated with the BFP, the preparation of mechanical drawings and specifications for tender purposes, supervision of the project during the installation and coordination with hospital staff.

Plans and specifications for the new air compressor for the laundry

The Hospital mandated FINTEX to implement the recommendations  that were made to improve the laundry compressed air system. The mandate included: preparation of purchase specifications for a new compressor, dryer and all accessories required by the project; preparation of mechanical and electrical drawings for the installation of the new equipment and modifications to be made to the distribution network for adequate air distribution. Coordination meetings were organised with technical personnel of the Hospital. Project supervision was executed on time and budget.

Engineering for high purity water system for the decontamination department

The decontamination department uses pure water for the cleaning and sterilisation of several types of surgical equipment and other applications. In reference to a project to upgrade the system, FINTEX was given the mandate to evaluate the sterilisation department needs and determine the required equipment to produce high purity water. The proposed solution consisted in the installation of a new high purity water system including: water softeners, activated carbon, reverse osmosis, mixed bed resins and ultraviolet sterilization.

Engineering for the reconfiguration of ventilation ducts for the laundry dryers

The existing ventilation ducts of the laundry had to be modified to permit the installation of new waste compactors. This mandate included the design of the new evacuation system, the preparation of mechanical specifications and the preparation of administrative tender documents, supervision and final approval of the project.

The Hospital recently had installed five new automatic washers for endoscope washing. This new ultramodern equipment requires a constant supply of water within a limited temperature range so that the system operates according to the manufacturer specifications.

The purpose of the project was to evaluate the existing hot water system and to present solutions which meet washer manufacturers technical specifications. In order to stabilize the deficient supply of hot water we proposed to install a hot water heater specifically for the system, a hot water suppressor and a circulation loop to stabilize temperature in the network.

The Hospital mandated FINTEX to carry out detailed engineering for the installation of a new medical waste sterilizer. This project consisted in  installing a new medical waste autoclave and automates the transfer of waste to the autoclave and to the waste compactor. The engineering mandate consisted in a preparation of mechanical, civil and structural drawings for the new sterilisation system, tender documents for the project and management and supervision of the project.

Ideas that advance our world